Has Amazon Abused an Essential Facility or Solicited Unlawful Price Discrimination in Violation of US or California antitrust law? By William Markham, San Diego Attorney 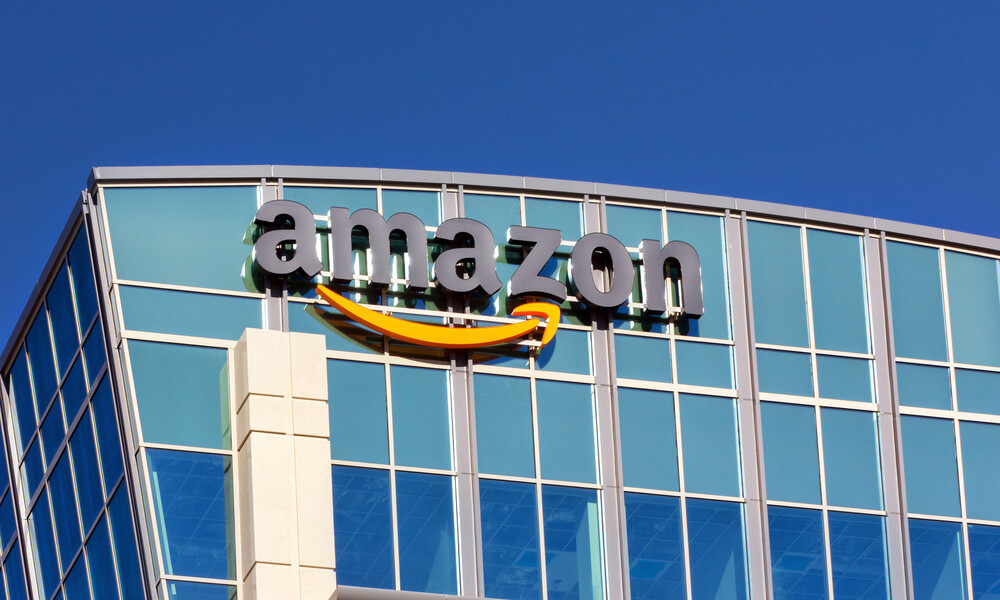 In this note I continue to consider Amazon’s recent heavy-handed treatment of Hachette and other book-publishers by “burying” their books in its system so that customers cannot find them, and by delaying the delivery of these books to the few determined customers who resolve to find and order them despite the obstacles. Amazon apparently employed this practice in order to browbeat Hachette and other book publishers into selling their books to it at prices that they could not offer to any other retailer. Indeed, Hachette complained that it could not make any reasonable profit or pay its authors fairly if it must sell its books to Amazon at the low prices that Amazon demanded. (Amazon and Hachette have since resolved their dispute, but nothing prevents Amazon from employing similar practices in the future against other suppliers in the same or different markets.)

In this post, I consider the following issue: Did Amazon’s refusal to give Hachette access to its platform on commercially reasonable terms constitute an antitrust offense under the doctrine of “misuse of essential facilities”?

The essential facilities doctrine has been invoked in the past when a firm that owns or controls an “essential facility” withholds access to it from its direct competitors in order to eliminate all possible competition in one or more markets. Historically, the doctrine was applied to condemn a firm that refused to give access to its essential facility to all possible direct competitors. By so acting, it assured itself a continued monopoly position in the affected market, unhindered by the entry of any competitor. Such conduct constituted the unlawful “maintenance” of a monopoly in violation of Section 2 of the Sherman Act. See Otter Tail Power Co. v. United States, 410 U.S. 366, 369-71, 93 S.Ct. 1022, 1029-30 (1973) (the owner of an electricity grid refused to give specified municipalities access to its grid for the purpose of purchasing its electricity at wholesale prices — which the targeted municipalities wished to do in order to compete against this owner for retail sales of electricity to consumers within their respective jurisdictions; by so acting, the owner of the grid ensured that it alone would be able to make sales of electricity at retail prices to customers within these jurisdictions; the practice was deemed to constitute unlawful monopolization in violation of Section 2 of the Sherman Act).

If however a firm merely impeded competition by its restriction of access to an essential facility, it did not run afoul of the essential facilities doctrine.  The doctrine became applicable only when a firm misused its control of an essential facility in order to deny access to direct competitors and thereby suppress all possible direct competition. The doctrine thus had a very narrow,  sparing application and was discussed mostly in cases in which it was found to be inapplicable. See Alaska Airlines, Inc. v. United Airlines, Inc., 948 F.2d 536, 543-44 (9th Cir. 1991).

Even so, the essential facilities doctrine was the basis for the holding in Otter Tail, in which the United States Supreme Court held that an electricity utility had unlawfully preserved its monopoly position as a retail seller by refusing to sell its electricity at wholesale prices to municipal entities that wished to compete against it for sales to retail customers. See Otter Tail Power Co. v. United States, 410 U.S. 366, 369-71, 93 S.Ct. 1022, 1029-30 (1973). Otherwise, the doctrine was rarely applied in order to condemn anti-competitive monopolization. Such was the limited, feeble reach of the “essential facilities” doctrine.

The modern-day Supreme Court might take a different view of the matter. In the Verizon case, it called into question whether the doctrine remains a viable antitrust doctrine. See Verizon Commc’ns Inc. v. Law Offices of Curtis V. Trinko, LLP, 540 U.S. 398, 410-11, 124 S. Ct. 872, 880-81, 157 L. Ed. 2d 823 (2004) (“We conclude that Verizon’s alleged insufficient assistance in the provision of service to rivals is not a recognized antitrust claim under this Court’s existing refusal-to-deal precedents. This conclusion would be unchanged even if we considered to be established law the “essential facilities” doctrine crafted by some lower courts, under which the Court of Appeals concluded respondent’s allegations might state a claim. We have never recognized such a doctrine, and we find no need either to recognize it or to repudiate it here. It suffices for present purposes to note that the indispensable requirement for invoking the doctrine is the unavailability of access to the “essential facilities”; where access exists, the doctrine serves no purpose. Thus, it is said that essential facility claims should … be denied where a state or federal agency has effective power to compel sharing and to regulate its scope and terms.”)

The doctrine of “essential facilities” therefore can be used only rarely (if at all) in order to challenge a firm that prevents all direct competitors from competing against it in a given market by refusing to give them access to an “essential facility” that it owns or controls. The doctrine appears to be in disfavor. It has never been used to challenge a firm that merely restricts its own suppliers’ access to its “essential facility” in order to browbeat them into offering it prices that it knows its direct competitors cannot match. Even so, the rationale for invoking the doctrine under such circumstances would be exactly the same as it is for condemning the exclusion of direct competitors: Namely, the antitrust laws should forbid a firm that has developed an essential facility to misuse the facility in order to preserve its monopoly position, even if the firm exhibited extraordinary business acumen by developing the facility in the first place. If a firm becomes a gatekeeper to a given market, it must not abuse this position by granting admission to suppliers or competitors only on terms that perpetuate its own continued monopoly in the market. Its decision to let suppliers or competitors past the gate should turn only on legitimate business reasons, but not to prevent future competition on the merits. That is the evil that the essential facilities doctrine is intended to avert. As a matter of sound antitrust policy, the doctrine should be used to challenge any firm that has become a gatekeeper of given markets and abuses its gatekeeper role to suppress competition in these markets.

Under existing precedents, however, the doctrine likely cannot be applied against Amazon’s restrictive practices. First, Amazon can argue that it does not control any “essential facility,” since others can replicate its system or develop their own platforms and logistics in order to make online sales of products to retail customers. Second, Amazon can assert that it merely restricts access to uncooperative suppliers who choose not to offer the prices that it requires of them, but that it has never denied access to all retail sellers that might otherwise compete against it.

If the doctrine of essential facilities is limited in reach only to condemn a refusal of access by one direct competitor against all others, it cannot be invoked against Amazon to challenge its negotiation of prices with its own suppliers. But if the doctrine is applied in order to give effect to its underlying rationale, it could be used to challenge Amazon’s practices. The underlying rationale of the doctrine is that unlawful monopolization occurs when a gatekeeper firm that controls access to a market abuses its control of access to sabotage competition in the affected markets by refusing to open the gates, save on terms that perpetuate and consolidate its monopoly position.

In my view, the essential facilities doctrine should not be whittled down to a meaningless principle that has no practical application, but rather should be used in appropriate cases to avert the willful suppression of competition. The case against Amazon could be made as follows. Amazon’s distribution system constitutes an “essential facility” in certain markets. That is, its distribution system (i.e., its website, server network, suppliers’ networks, logistical operations, regulatory expertise, goodwill, branding, etc.) cannot be practicably replicated because of insuperable barriers to entry, and in many markets the suppliers cannot compete for sales unless they can use this distribution system in order to promote their wares and make sales. Amazon is to be credited for having had the vision and business acumen to develop this essential facility, but in recent times it has begun to abuse its control over the facility in order to suppress competition: It has done so by refusing to give targeted suppliers access to its distribution system on commercially reasonable terms unless they offer it prices that it knows they will not offer to any other retail seller, so that no other retail seller can begin or continue to compete against Amazon for sales in the affected markets. By so misusing its essential facility, Amazon has attempted to monopolize or has succeeded in monopolizing the affected markets.

Arguing the matter in this manner would require the reviewing court to adapt the doctrine of essential facilities to a novel set of facts. It is no longer a question of one competitor depriving all of its direct rivals of access to a facility that they require to begin or continue competing. Rather, it is the case of a dominant retailer that controls a necessary distribution platform and denies its suppliers reasonable access to the platform unless they practice price discrimination in its favor, thereby allowing it to subdue all existing and potential direct competitors who otherwise would try to compete against it in various retail markets. This statement of the matter suggests that a sound antitrust challenge to Amazon’s practices might include a charge of solicitation of price-discrimination in violation of the Robinson-Patman Act. See 15 U.S.C.A. § 13(f) (“It shall be unlawful for any person engaged in commerce, in the course of such commerce, knowingly to induce or receive a discrimination in price which is prohibited by this section.”) Cf. Great Atl. & Pac. Tea Co. v. F.T.C., 440 U.S. 69, 76-77, 99 S. Ct. 925, 931 (1979) (a buyer can be found liable for inducing unlawful price discrimination only if the seller has practiced unlawful price discrimination).

It might be that Amazon can show that its platform is not indispensable in most or even any retail markets, save arguably in the markets for e-books. Or Amazon might be able to show that it imposes its restrictions in order to further a legitimate, compelling business purpose — such as securing the best possible prices for its customers by making large-scale purchases from suppliers that can offer the prices only because of economies of scale made possible its large-scale purchases. These arguments would go to the merits of any challenge of Amazon’s heavy-handed restriction of access to its platform. But the doctrine of essential facilities should be used to evaluate the challenge, not arbitrarily rejected because the case does not concern the denial of access to all possible direct competitors.

If the essential facilities doctrine were invoked in a novel manner to challenge Amazon’s restrictive practices, the challenge might be usefully complimented by simultaneous challenges under California’s Unfair Practices Act (predatory pricing) and the Robinson-Patman Act (solicitation of unlawful price discrimination).

The centerpiece of any challenge to Amazon’s recent sharp practices must be that Amazon, after developing a revolutionary method for making online sales in retail markets, wrongly seeks to preserve its existing monopoly positions by employing predatory practices that in no way improve its own offerings, but serve only to exclude rivals and suppress the very possibility of competition for sales in the affected markets, which it wants to keep all for itself. Amazon’s rejoinder is that it seeks only to secure the lowest possible prices for its customers. It is a good argument. Regardless, its heavy-handed treatment of Hachette and others was distasteful and worrisome. Its willingess to use its clout to subdue suppliers and ruin rival retailers suggests that it is time for antitrust authorities to consider whether Amazon is violating antitrust laws in order to preserve and enlarge its market positions.