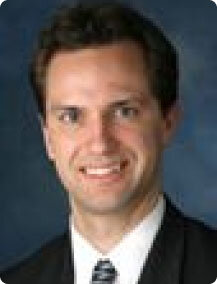 After his judicial clerkship, he became an associate attorney in the appellate and constitutional law group of a leading global firm, Gibson, Dunn & Crutcher, working in its Washington, D.C. office, where he addressed the policy and constitutional implications of antitrust law along with a broad range of other issues. He then joined the antitrust and competition group of another leading global firm, DLA Piper, working in both its San Diego and Minneapolis offices. In this capacity he worked on a broad range of cutting-edge antitrust issues and also won a trial in which he was “first chair,” and in addition he collaborated on other trials, collaborated on various significant appeals, and provided extensive antitrust counseling to major and institutional clients. He formed his own practice in 2014, doing so in affiliation with William Markham.

Mr. Bona has provided antitrust counseling on cutting-edge and critical issues to a broad range of clients, including multinational corporations, standard-setting organizations, private firms, investors, and others. He has provided this counsel on the full range of antitrust issues, helping his clients to accomplish their objectives while avoiding antitrust complications, and also helping them to identify and complain against antitrust abuses committed by their competitors. In particular, he has provided extensive antitrust counseling on intellectual property disputes and settlements, agreements among competitors, loyalty discounts, exclusionary conduct, mergers and acquisitions, resale-price maintenance, Noerr-Pennington issues, state-action immunity issues, labor-exemption issues, Robinson-Patman Act issues, and government investigations. In addition, Mr. Bona was the attorney who developed the formal antitrust policy now followed by a widely renowned international trade association.

Mr. Bona has also represented many clients in state and federal appellate proceedings throughout the country, and he has authored many significant amicus briefs in important appellate matters. He recently filed an amicus brief in the United States Supreme Court on behalf of his client in FTC v. Phoebe Putney Health System, Inc., arguing that a market-participant exception should apply to the state-action immunity from the antitrust laws.

Mr. Bona has also attained significant success as a trial lawyer, winning a bench trial involving fraud accusations and $2.5 million at stake. Moreover, in 2012 Mr. Bona and his colleagues at DLA Piper obtained summary judgment for their client, which had been sued for alleged antitrust abuses that arose from the client’s loyalty discount programs. The Federal Trade Commission then dropped its multi-year investigation of the client with no action.

In addition, Mr. Bona is a frequent commentator on competition developments and writes several articles each year for a variety of publications (see below). He is also a Non-Governmental Advisor for the Unilateral Conduct Working Group of the International Competition Network, which is an international body devoted exclusively to competition law enforcement, and whose members represent national and multi-national competition authorities. In this capacity, he has served as an author of the Exclusive Dealing chapter of the group’s Unilateral Conduct Workbook for competition authorities.

In 2010, Mr. Bona received the Burton Award for Legal Writing Achievement for his article entitled “The Diminishing Role of the Private Attorney General in Antitrust and Securities Class Action Cases Aided by the Supreme Court.” This article was also cited by Chief District Judge B. Lynn Winmill of the Federal District of Idaho in the case of In re Micron Technology, Inc. Securities Litigation. Mr. Bona was also named a Rising Star in the 2013 edition of Minnesota Super Lawyers, and he has been nominated as a Superlawyer by Superlawyer Magazine.

You can follow Mr. Bona’s antitrust and other commentary on his blog at the Antitrust Attorney.

Represent clients in breach of contract and business tort actions

Co-author, “Practicing as a competition lawyer in the 21st Century,” The Legal Intelligencer (November 1, 2010)

“Loyalty Discounts and the FTC’s Lawsuit against Intel,” Competition: The Journal of the Antitrust and Unfair Competition Law Section of the State Bar of California, Vol. 19, No. 1 (Spring 2010)

Panelist, “A question of loyalty: How to analyse loyalty rebates and discounts” International Competition Network, December 9, 2013

The Qualcomm Case Isn’t Even a Close Call: Qualcomm Blatantly Misused Its Standard-Essential Patents to Restrain Trade and Monopolize Markets. By William Markham