The laws on trademark
infringement

Businesses use trademarks, service marks and trade dress in order to distinguish their wares or services from those offered by other businesses. Trademark infringement is principally governed by the Lanham Act, which is codified at 15 U.S.C. §§ 1051 et seq. There are also various state statutes and common law doctrines that address trademark infringement. Among other things, the Lanham Act established a national registry of trademarks, service marks, and trade dress, so that a business can register a mark or trade dress in order to give constructive notice of its existence and eventually have it deemed “incontestable.”

A mark has value only if its holder rightly establishes it and actually uses it in order to make sales of goods or services, and its propriety and duration depend on a number of variables, some of which are beyond the control of the holder. The sole purpose of a mark is to distinguish the goods and services of one business from those of any other business, and this principle lies behind the many statutory provisions and common law doctrines that are sometimes a little overwhelming to businesses that simply wish to establish an appropriate or catchy name under which they can sell wares or render services.

There are various categories of trademark infringement, but the essential offense occurs when the following circumstances are in place: (1) one company, the rightful holder of a mark, sells or distributes a product or service under a given trademark or service mark that it has registered with the United States Patent and Trademark Office or has otherwise properly established; (2) another company, called the “infringer,” sells or distributes other products or services under the protected mark, or under a confusingly similar mark, and does so without the consent of the rightful holder; and (3) purchasers of the infringer’s products or services are thus misled into thinking that they have acquired products or services made by the rightful holder or its authorized licensee. Trademark infringement also occurs when a company sells its wares with “trade dress” (non-functional packaging) that is confusingly similar to the trade dress that another company has rightly registered or otherwise established.

An infringer might sometimes have no knowledge that it is dealing in “infringing goods,” in which case it is said to act as an “innocent infringer” that has acquired the infringing products in good faith from its own distributor or supplier. Some infringers might even make or distribute goods or provide a service under a name that they do not know infringes a registered mark. In the internet era, however, it is possible to conduct an online name search at the United States Patent and Trademark Office within seconds, so that at least the original provider of a good or service should always know in advance whether it has established its business under a name or mark that is confusingly similar to a registered one. Less frequently, a business will innocently (or duplicitously) register a mark or trade dress that another business previously established by operation of common law, and there are well-settled rules for resolving this kind of confusion. There also exist doctrines that address the use by two businesses of the same or similar marks, but in different geographic regions or for different kinds of products or services.

The laws on trademark infringement are codified in various provisions of the Lanham Act and parallel state statutes, and there is a long line of ancient and evolving case law that sets forth independent principles and also explains how the Lanham Act is supposed to be enforced. The Lanham Act specifically authorizes emergency injunctive relief and seizure orders that even include an immediate seizure of the alleged wrongdoer’s assets, but also expressly allow a wronged defendant to sue the plaintiff for conducting a wrongful seizure.

It sometimes occurs that one business first began to use a name, but then a second business was the first to register the name as a protected trademark.  On other occasions, the names of two different businesses might be confusingly similar and thereby cause customers to think that they are affiliated entities. The test is whether the customers of the second business are likely to conclude that it is affiliated with the business whose trade name has been registered. There are clear rules and doctrines that govern controversies over such matters.

Mr. Markham and Mr. Bishop have substantial experience in trademark infringement and unfair competition. Among other things, Mr. Markham acted as lead counsel for a San Diego wholesale operation in a series of substantial federal and state-court litigations for alleged product counterfeiting. It was one of the largest counterfeiting operations in U.S. history for a retail consumable products, and Mr. Markham’s client was alleged to be a ringleader and principal distributor of the products in question. Mr. Markham also represented a major hardware retailer against the nation’s largest hardware retailer in a substantial case for false advertising and unrelated antitrust offenses.

Our Ability to Accept Large Cases

Several times we have been opposed by teams of highly capable attorneys fielded by leading global law firms. In any such matter, or whenever the need arises, we can quickly assemble our own team of first-rate professionals who have worked with us successfully on prior occasion, and we can also procure essential litigation services from reliable outside service-providers, so that we are never outmatched or overwhelmed even by the largest or most pro-active global firm. We think that our work in these matters has reflected favorably on us, and we have obtained successful results for our clients in exceedingly difficult, sprawling, and complex antitrust controversies. All the while, we are able to maintain our reasonable billing arrangements because of the manner in which our practice is structured and our lean fixed costs. 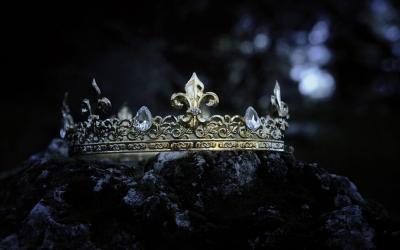