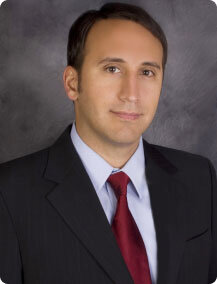 Jason Eliaser, who serves as of counsel to our firm, is a well-spoken, bright, practical-minded litigator who has excellent judgment and insight into how cases are likely to proceed and how witnesses are likely to fare at trial. He obtained his law degree in 2007 from McGeorge Law School in Sacramento after completing his undergraduate studies at the University of California, Santa Cruz. During law school, Jason appeared on the Dean’s List, published a note in the McGeorge Law Review as a Legislative Review Editor, served as a mediator for Sacramento’s Small Claims Mediation Program, and attended the International Business Law Program in Suzhou, China.

From 2009 to 2012, Jason served as an associate attorney in a large firm in San Diego (Pite Duncan LLP), where he represented large financial institutions in significant bankruptcies and litigations that concerned real property, secured debt, and related matters. Some of his prior clients from this period were JPMorgan Chase, Wells Fargo, Bank of America, and Bank of New York Mellon.

In 2012, Jason established his own firm, offering his clients big-firm sophistication as well as flexible billing arrangements and his close personal attention to each of their matters. Since then, he has also served as an of-counsel attorney to our firm, working with us in several very substantial matters that have included a three-day bench trial in federal bankruptcy court, defending a ringleader defendant in one of the largest product-counterfeiting cases ever litigated in any federal court, and representing a provider of temporary healthcare professionals in a significant antitrust litigation.

Best of the Bar

Jason was recognized as one of the “Best of the Bar” by the San Diego Business Journal in 2016 and as a “San Diego Rising Star” in 2017-2018 by Super Lawyers. He is also a certified mediator under the California Dispute Resolution Programs Act. He currently resides in the Washington, D.C. area and can provide services to our clients in the nation’s capital.

Jason is a dedicated, thoughtful, and creative attorney who is devoted to a high standard of professionalism. In his practice, he aims to help his clients by offering first-rate legal expertise, careful strategic planning, creativity, and patient organizational skills. He is personally dedicated to providing his clients with the respect and individual service that they each deserve.