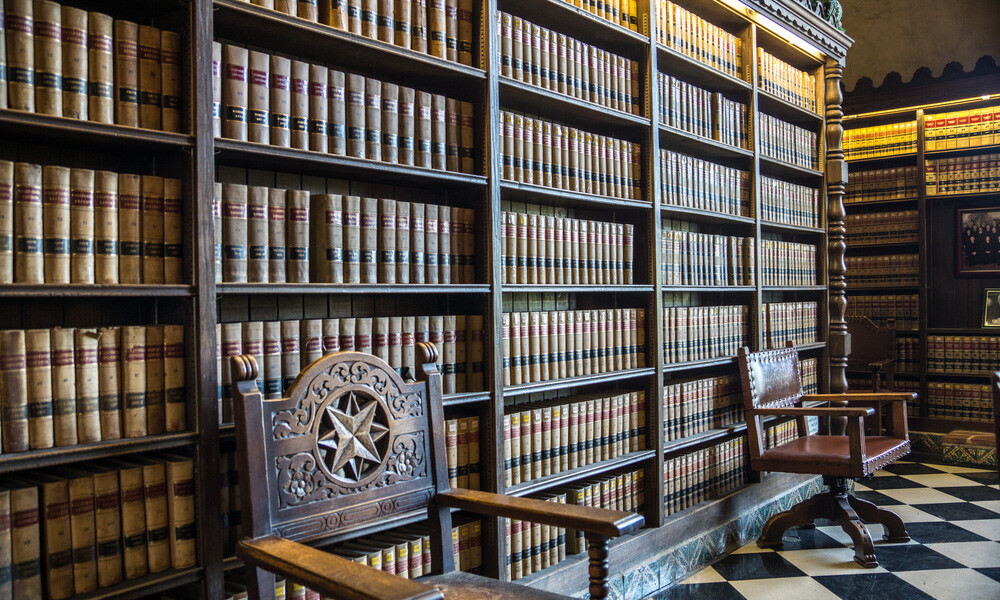 As I explain below, there is no proper basis for conducting a federal antitrust investigation of this matter.

The current Administration might wish to have the controlling federal law reformed, so that California can no longer set special standards for automobile pollution (but the Administration didn’t try to do so when the Republicans controlled all of Congress during 2017-2018), or the Administration might wish to persuade the automakers to adopt its far less stringent national standards (even though doing so would oblige them to make two sets of motor vehicles for sales in the United States and offend a large, growing number of customers). But an antitrust investigation of this matter seems wholly misguided, probably improper, and likely a matter that has constitutional implications.

Can the Executive Branch of the United States investigate targets for alleged violations of federal law when the targets have not even arguably committed them, and when the purpose of the investigation appears to be an effort to intimidate them and urge them to do something that they have lawfully declined to do? I believe that Congress and the courts have previously answered this very query. This is the first and I hope the last time I have ever written anything of the sort on antitrust law or our government in my thirty-one year career. It is a very troubling, worrisome development.

The express purpose of California’s agreement with the four automakers is to alleviate global climate change by lessening emissions of greenhouse pollutants. The sellers make products (motor vehicles) that emit such pollution. California, which has authority to regulate these contaminants under the Clean Air Act, wants to lessen their overall allowed volume. Previously, the Obama Administration enacted even more stringent standards for the entire country, but the Trump Administration repealed these standards, arguing that they would harm auto sales and the United States economy. California has since used its own regulatory authority under the federal Clean Air Act to revive stricter standards. Its agreement with the four automakers imposes standards that are somewhat less restrictive than the Obama standards, but much more stringent than the very weak Trump standards.

The Trump Administration’s Antitrust Investigation. According to The New York Times, high-ranking political appointees in the U.S. Department of Justice have reacted to the tentative California agreement by launching an antitrust investigation. Their stated concern, which cannot meet the straight-face test, is that the California agreement is possibly an unlawful antitrust conspiracy, by which four competing automobile manufacturers and the State of California have agreed to increase the cost of motor vehicles sold across the United States. According to this (preposterous) antitrust challenge, the California agreement will have the effect of increasing the prices of a large percentage of motor vehicles sold in the United States, since vehicles made by the four sellers must comply with California’s more costly standards, and these four sellers make a substantial percentage of motor vehicles sold in the United States.

I would be surprised to learn that career antitrust professionals in the Department of Justice have played any role in concocting this purported antitrust challenge. If the US government were to bring an antitrust prosecution or a civil claim on the basis of the above theory, it should be sanctioned under Rule 11 of the Federal Rules of Civil Procedure in a way that sends a strong message, since any such antitrust challenge would not be tenable under any recognized theory of antitrust liability, and even a mere investigation of any such matter seems profoundly misguided, if not abusive. Putting aside issues of sovereign immunity, the assertion of any claim made on the above grounds would otherwise qualify as a malicious prosecution — i.e., it would be a baseless claim brought for an improper purpose, one that is not too hard to discern in light of the underlying circumstances: the Trump Administration apparently seeks any way it can to intimidate a state regulatory authority and four sellers subject to this authority’s jurisdiction. That is not how the antitrust laws should be enforced.

For antitrust professionals, the baseless nature of any such claim is easy to explain. Here is the nutshell version.

The Controlling Antitrust Analysis. Whatever its merits, the California agreement on its face is protected by the Noerr-Pennington doctrine, which says that a party cannot commit an antitrust violation by seeking redress from a government authority. See Covad Commc’ns Co. v. Bell Atl. Corp., 398 F.3d 666, 677 (D.C. Cir. 2005) (Under the Noerr-Pennington doctrine, “petitioning the Government for redress of grievances, whether by efforts to influence legislative or executive action or by seeking redress in court, is immune from liability under the antitrust laws.”) (citing E. R.R. Presidents Conference v. Noerr Motor Freight, Inc., 365 U.S. 127, 136, 81 S.Ct. 523 (1961); Cal. Motor Transp. Co. v. Trucking Unlimited, 404 U.S. 508, 510, 92 S.Ct. 609 (1972)). [The only exceptions to this doctrine are not even arguably applicable to this matter: the exceptions arise only when (1) the antitrust defendant has conducted sham petitioning or sham litigation to disrupt the operations of one or more competitors, or (2) the antitrust defendant is a patentee that seeks to enforce a fraudulently obtained patent, or, arguably, (3) the antitrust defendant is a regulated monopoly that has overstated its reported costs to try to increase its regulated prices, or, arguably, (4) a state agency seeks to promote its own strictly commercial interests by operating or granting monopoly concessions with colluding private firms.]

Indeed, if California’s tentative agreement with the four automakers can be treated as an antitrust conspiracy, there would be no end of antitrust challenges to regulatory arrangements worked out by regulators and regulated parties.

Many regulations impose costs. Those costs pay for protections afforded by the regulations. For example, we all want our cars to have brakes that function properly at high speeds. It is perhaps costly to develop them in the first place, but having brakes that work at high speeds likely lowers overall costs for society by averting some accidents and lessening the severity of others. We therefore have safety regulations that specify minimum requirements for car brakes in cars that are sold to the public. Of course, no one can bring an antitrust challenge against automakers and regulatory authorities on the ground that they have hammered out such regulations and thereby raised the prices of a substantial number of automobiles.

On the contrary, companies frequently reach agreement with their regulators to remove uncertainty and ensure their own compliance with regulations. They sometimes must grapple with ambiguously written regulations or incompatible sets of regulations. Occasionally, a court must intervene to resolve these kinds of matters. But a regulated company’s dealings with its regulator are not subject to antitrust scrutiny, save under the above-listed exceptions to the Noerr-Pennington doctrine.

The Noerr-Pennington doctrine is thus the start and end of the Trump Administration’s antitrust investigation. Or it should be. California’s agreement with four automakers merely concerns four companies that have applied for regulatory relief from a public regulator and tentatively agreed to terms that are within the regulator’s public writ. Antitrust case closed!

In addition, any such agreement in its final form would likely enjoy state-action immunity from antitrust liability. See Columbia Steel Casting Co. v. Portland Gen. Elec. Co., 111 F.3d 1427, 1436 (9th Cir. 1996) (“The state-action doctrine cloaks [alleged] anticompetitive conduct with antitrust immunity only if the state’s intent to displace competition with regulation is clearly articulated and affirmatively expressed as state policy,” and it confers antitrust immunity when “the legislative policy is forthrightly stated and clear in its purpose to permit [the challenged conduct.]”) (internal quotations and citations omitted).

Nothing else even need be said about the matter. Given the extraordinary nature of the present Administration’s investigation, however, I here offer some further commentary that I believe is noteworthy.

First, the challenged agreement is merely tentative. It is not even a final, operative agreement. Why would the Department of Justice use its scarce resources to investigate a tentative regulatory agreement?

Second, the agreement appears on its face to be plainly pro-competitive within the meaning of antitrust law.

The impropriety of this investigation is underscored by a few further points, which I mention only in passing.

First, if the Trump Administration wishes to re-write the Clean Air Act to limit or remove California’s authority to develop these kinds of regulations, it must persuade Congress to reform that Act, but it lacks any defensible basis to conduct an antitrust investigation to try to frustrate the proper working of the Act.

Second, other auto manufacturers (e.g., Chevrolet, Toyota, etc.) can deprive the above four sellers of business if they start mistreating their customers. In states that follow the Trump standards, these other sellers can sell motor vehicles that comply only with Trump’s standards. But if all automakers were to reach the same agreement with California, their agreement would be immune from antitrust liability under the Noerr-Pennington doctrine and would likely enjoy state-action immunity. The public regulation of pollution cannot give rise to antitrust liability, save under the narrow exceptions to the above two doctrines, but no such exception is even arguably present in this matter.

Third, the tentative California agreement does not mistreat customers, but on the contrary is designed to promote consumer welfare by making less toxic products available to the largest possible number of purchasers. It is not an antitrust conspiracy to agree to make and sell products that improve public safety at an arguably higher cost, but that is all that is at issue here. The agreement might impose additional costs, but it might also be better aligned with the sellers’ long-term business plans than are the Trump standards. Unquestionably, the agreement if consummated will result in massively less global-warming emissions — a matter that lies within California’s writ under the Clean Air Act. The agreement will also afford regulatory certainty to global manufacturers that must manage complex supply chains and long-term business plans. The present Administration’s antitrust investigation will throw a monkey wrench into these plans and perhaps impede the contemplated efficiencies. That is a clear misuse of executive power that has constitutional implications.

Lastly, many industry analysts have expressed growing concerns about the Trump Administration’s approach to global climate change. Innovative sellers elsewhere in the world are making enormous progress developing lucrative products that address the world’s need to address this existential threat. In the meantime, our current Administration is openly hostile to these innovations and even sent coal sellers to peddle “clean coal” at the last round of global talks on addressing climate change (that gesture was a mere provocation and akin to sending tobacco sellers to an international convention on lung cancer). Worse, this Administration has tried repeatedly to favor coal and petroleum production and to disfavor renewable energy by various regulatory initiatives, rather than do the reverse or merely let the markets decide what energy we should use. Its approach might well harm some of our most promising industries, while undermining our long-term goodwill around the world in the bargain. That is what industry analysts increasingly report. I have merely summarized their alarming findings here.

At least this much must be said: these matters do not give rise to any kind of legitimate antitrust concern under the antitrust laws of the United States. The Trump Administration’s “antitrust investigation” appears to be openly retaliatory and likely cannot be explained with a straight face to any credible antitrust professional. During an era when we have a pressing need for aggressive, imaginative antitrust enforcement, it is a travesty that the Trump Administration seems to be using our antitrust laws as crude tools of political harassment.

I have practiced law for 31 years and have never before written such a comment on my professional blog.